OK so Saturday I went to Technika Dyno to get some base line numbers for the EVO so I know what to plan for the winter.

I long suspected the car losing power from its initial tune, but the numbers reveal a more surprising story.
With all my current mods, my tuner estimates I am making 350whp and 350 torque to the wheels.
However, when on the track, I feel that the car is not living to its potential and cars that have less HP seem to keep up with me on accelaration.

So here are the numbers- Stock Evo makes 292hp which is estimated to be around 240whp.

My best run Saturday, after EB Tuning worked his magic, was 355whp and 386torque so we were happy.

Near the end of the session, I asked something rarely requested from the dyno operator- run 5 consecutive pulls to simulate the heat and stress of on track driving- with the hood closed and fans off.
The numbers were astonishing.... a loss of up to 60 whp after 1 run!!!!


So its clear that I now understand why my best laps in 2011 were the first ones ( albeit on cold tires) while the turbo was doing its job. Afterwards, I lacked serious HP, and it was worse on lapping days.

So me winter project will be to decide how to fix this problem...
1) Water Meth injection to cool the mixture and allow the tuner to keep things cool.
2)Cryo sprayed on the intercooler? insta freese , will surely keep intake temps low.
3)More efficient (ie bigger) turbo...FP green is what people recommend.
4) all of the above.

I was thinking of cams and injectors as well, but in the end, its my tuner that will guide me.

One thing is forsure, the Evo will be faster next year no matter.


THANKS TO ERIC for his patience and time to make the power curve amazing. Eric knows his shit and will make magic.

Louis at Technika is also very professional and gets the stuff done.

Sweet! I should be there again! 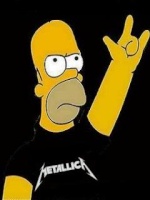 Good to hear that the car is still improving et performing Carl, youre in goods hands with Éric, that's for sure.

THANKS TO ERIC for his patience and time to make the power curve amazing. Eric knows his shit and will make magic.

Louis at Technika is also very professional and gets the stuff done.

Kelford cams are calling me as well.

LOL, the one that makes my car go fast - the same guy who will advise me of what mods are coming next....but feel free to chime in next time we talk!